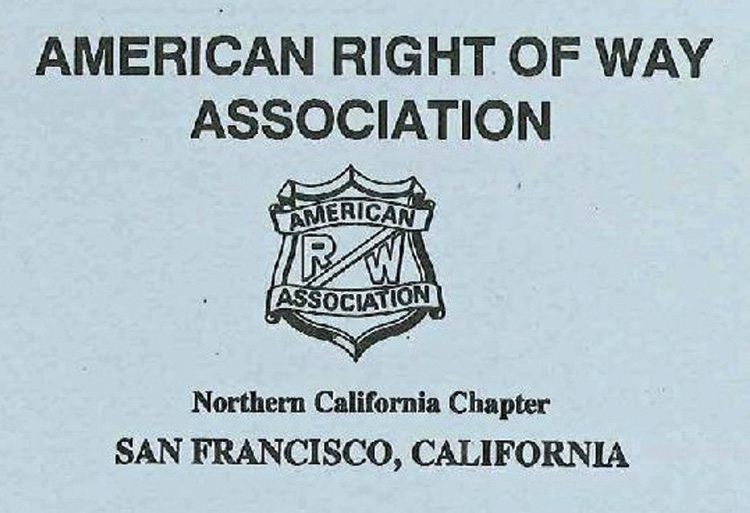 In 1935, John De Vere, Right of Way Agent with Pacific Telephone, heard about the American Right of Way Association and discussed expansion to Northern California. As a result of discussions with Chapter 1, Chapter 2 started to take form. The first meeting was at the Palace Hotel in San Francisco on April 19, 1938. The original name of was The Northern California Chapter of the American Right of Way Association. There was a special delegation at the meeting from Chapter 1, including Frank Balfour. At the meeting, Frank Balfour outlined plans for nationalizing the association and stressed the importance of refraining from political discussions in meetings of the association.